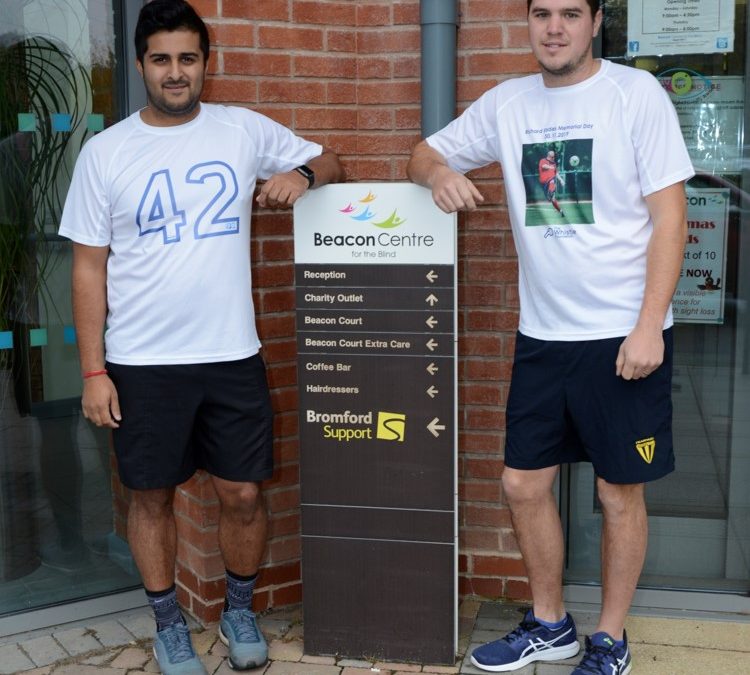 Two referees will attempt to run a marathon from Molineux Stadium to the Hawthorns on November 30th whilst passing non-league grounds in an aim to raise £500 for Beacon.

The Whistle Foundation, a local charitable group, is marking the upcoming two-year anniversary of the passing of fellow referee and close friend Richard Eades. They are undertaking the mammoth challenge on what would have been his 44th birthday. Ajay Sharma and Jamie Lunn came up with the idea when thinking of a fun and different way of getting local football clubs involved as well.

Jamie said: “We want to celebrate the life of our close friend by doing something for the local community. Ajay and I wanted a big challenge and wanted to involve as many non-league clubs as possible, so it made sense to run the route but add stops along the way via local grounds and help raise awareness along the way.”

The runners will pass along Wolverhampton Casuals, Wednesfield, Sporting Khalsa, Darlaston 1874, Bilston Town and Tividale. The foundation is also selling t-shirts to mark the occasion and encouraging the public and local clubs to buy them. The t-shirts have been designed by Beacon’s Fab Lab which supports people with sight loss in design and manufacturing.

Ajay added: “We have been training hard and can’t wait to get to the starting line. With the support of Beacon, we have also designed and printed special t-shirts to mark the occasion which we are selling to the public and local football clubs to help raise further funds. For the small price of £5 you can help us smash our target.”

The runners are dedicating the day to their late friend and will be supported along the way by friends and family who will be cheering them on.

Lisa Cowley, Beacon CEO, explained: “We are once again very grateful for the hard work and dedication of the Whistle Foundation for raising money for Beacon. I want to encourage the public to give as much as possible and really dig deep. This challenge will not be easy, but our supporters and staff will be there on the day urging them on and celebrating with them at the end line.”

To support the runners and donate towards their effort, visit: www.justgiving.com/fundraising/the-whistle-foundation-eades

You can also buy a memorial t-shirt via Beacon by contacting enquiries@beaconvision.org