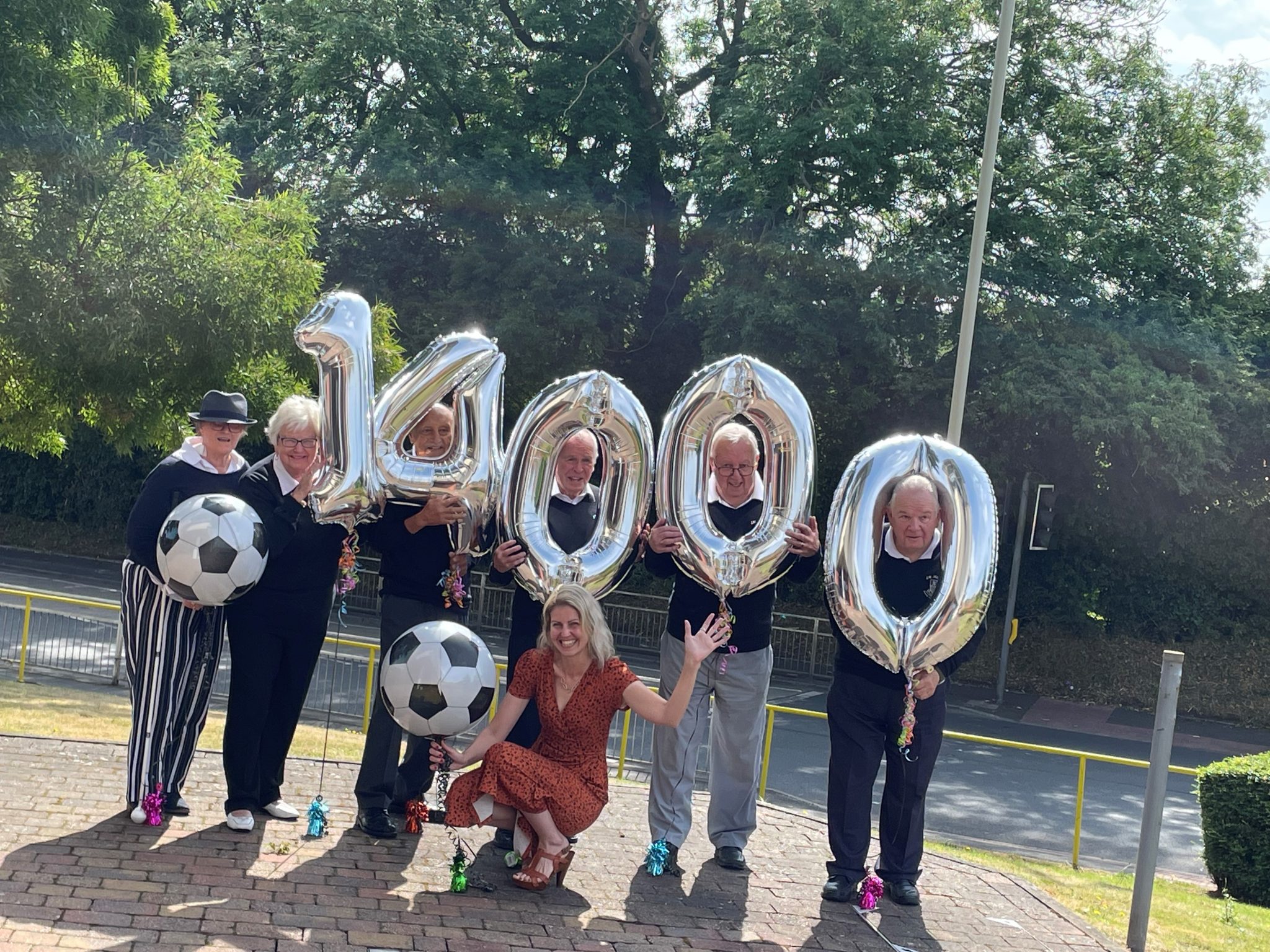 Longstanding regional football competition, JW Hunt Cup, made a triumphant return in the 2021-2022 season, with the team raising £14,000 for Beacon Centre for the Blind.

JW Hunt Cup first kicked off in 1926 and since then has been entertaining crowds on the region’s non-league scene every year, all while raising £390,000 for the sight loss charity.

The historic football contest was forced to halt play for the first time ever in 2020 due to Coronavirus but returned to action in September 2021.

This season ran until May 2022, with a total of 32 teams competing from across the Black Country, Staffordshire, Worcestershire and Shropshire.

The 96th JW Hunt Cup final took place at the Castlecroft stadium, in a closely fought match between Lye Town and Boldmere St. Michaels. After an exciting match, Lye Town won the Cup after winning 2-1.

JW Hunt Cup President Alex Hamil MBE said: “It is wonderful that that the cup has returned this year, especially with so many teams taking part and finishing with such a fantastic final.

“We are also really happy to have raised such a huge amount for Beacon, who we know have struggled in recent years in the pandemic and who we have supported since our competition began.”

Beacon Centre Chief Executive Lisa Cowley added: “The continued support we receive from JW Hunt Cup means the absolute world to us, and we deeply value our almost 100-year relationship with the competition.

“After such a difficult few years for the charity, to receive £14,000 will give everyone such a boost, and go a long way towards helping us to provide support to local people with sight loss. We are so grateful to everyone at JW Hunt Cup.”

The cup is named in memory of founder John William Hunt, owner of the Chillington Tool Company, who died before the inaugural competition was completed. The competition even has its own museum housed at Molineux in the Steve Bull Stand.