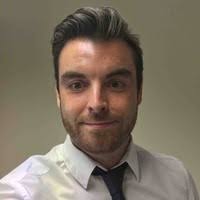 The chance to be part of a community and feel valued is crucial to a huge part of what I do. And those are the values that embody the work that I’m involved in. Let’s give people the tools and the circumstances to shine and thrive. In my time working for charities and social enterprises, I’ve created solutions and provided support to people facing challenges. 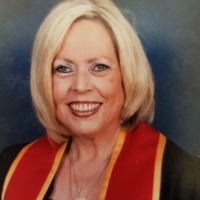 Sharon has worked in the voluntary sector for many years, initially supporting Diabetes UK and Arch North Staffs Domestic Violence Team. She is a specialist in delivering projects in the community. As The Beacon Project Coordinator in Staffordshire she is striving to help people realise their full potential. 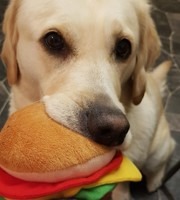 Genie is Sharon’s guide dog and is a huge part of her life. She guides Sharon everywhere, but does not like puddles or walking in the rain. Genie and Sharon work throughout Staffordshire, with Steve, meeting many new people in the community which sometimes includes other guide dogs – always an exciting time for Genie.

We are always uploading new blogs here with interesting and inspiring stories. You can read our latest blog below and watch this space for fresh and new stories.

“How could someone like me play golf? I can’t even pick up a club let alone play a whole game.” 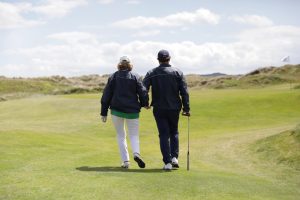 Mike is a retired Fireman with 29 years of service under his belt. Before losing his sight, Mike was very active and enjoyed a range of sports and leisure activities. He enjoyed spending time with friends and family doing all the things he loved.

But at the age of 67 Mike learned he had Glaucoma and developed problems with his sight which sadly resulted in his sight deteriorating significantly. Naturally this had a huge impact on Mike, but it was the after-effects on his mental health and relationships with those around him which affected him the most.

Due to his deteriorating sight, Mike became increasingly isolated spending less time participating in hobbies and catching up with friends and family but instead withdrawing and becoming increasingly reluctant to leave his home. His ROVI (Rehabilitation Officer Visual Impairment) signposted him to Beacon so he could learn more about independent daily living techniques.

“The first and most immediate impact of losing your sight is the affect it has on your mental health. I felt alone and often fell into periods of depression. But the reality is it does not only affect you, it also affected my wife who become more and more concerned about me. After speaking with Laura, my Rehab Officer,  Steve and Sharon from Beacon paid me a visit at home.”

Mike explained to Steve and Sharon how he’d noticed people were treating him differently since his sight loss and spoke to him in a peculiar way – all of which added to the piling pressure on his mind that forced him to stop socialising.

Sharon spoke to Mike about her own journey of sight loss, the challenges, perceptions and finding her own way to live a fuller and more independent life. She focused her support on different coping strategies and shared hints and tips about living with sight loss.

“Sharon’s stories really gave me the kick I needed. I was inspired by all the barriers she had overcome. After chatting for some time about my likes and interests Steve mentioned Beacons new VI friendly Golf coaching course at The Chase Golf Club and at first, I was shocked. How could someone like me play golf? I can’t even pick up a club let alone play a whole game!”

“But Steve explained how the 6-week course was a gentle introduction for beginners and people returning to the game. He explained what was involved and what support Beacon would give – I knew I wanted to be involved.”

“Playing golf is more than just about getting out and about. It’s about finding something which makes you jump out of bed and aim for. I want to better myself and my game now, motivating myself to go to the next level. I never had this amount of belief before, but thanks to Beacon I am now looking for new ways to challenge myself and live a fuller life”.

Beacon is delivering another 6-week course at The Chase Golf Club in early March. Check out our website for updates, further information and how to sign up.