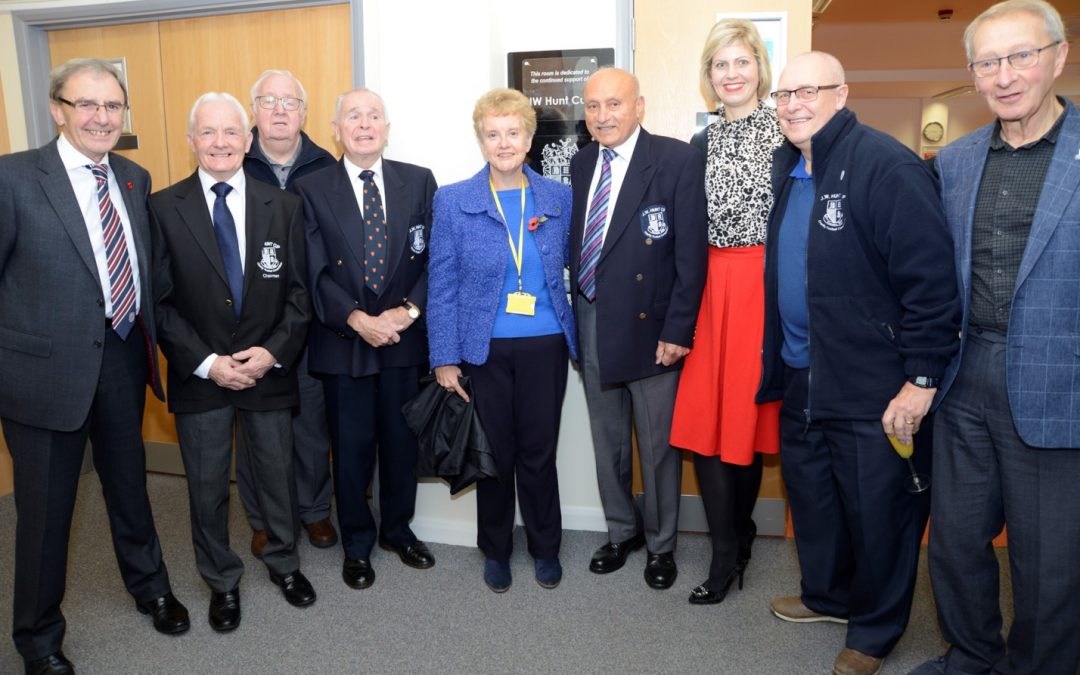 A Room at Beacon Centre has been named in recognition of the continued support and fundraising by JW Hunt Cup since 1926.

Over the last 93 years the JW Hunt Cup has raised over £360,000 to support the sight loss community thanks to its annual knock out football tournament. To show its appreciation, Beacon named its Board Room the ‘JW Hunt Cup Room’ which was unveiled today (31 October) with a ceremony and unveiling of a plaque.

“This is a huge surprise and a great honour. To have all our hard work and dedication recognised fills me with pride. Over the years Beacon has always shown its appreciation and gratitude for what we do. The plaque will provide a permanent reminder and memory for generations to come of all our work and what we have achieved.”

The J.W. Hunt Cup has been running strong since 1926 and originally involved local businesses from around Wolverhampton. Since its inception the tournament has raised over £330,000 for Beacon. Although the teams over time have changed the principles of the cup remain the same – with all funds going to Beacon to support those living with sight loss.

Beacon CEO, Lisa Cowley, added: “The J.W. Hunt Cup has supported us for over nine decades and we wanted to say thank you in a way that will be remembered for many years. We depend on the generosity of the local population through groups like the JW Hunt Cup. I would like to thank everyone on behalf of Beacon for their kind donations and help with supporting people living with sight loss.”

Lisa added: “This plaque is not just about the funds JW Hunt Cup has helped raise, it’s also about the awareness they have helped create over the many years. Money is great and like any charity we are always keen to raise funds but understanding and shinning a light on what we do is also a crucial. The JW Hunt Cup has and continue to tell the public the difference their money makes and how we can help those living with a visual impairment.”

To learn more about Beacon and how you can get involved with fundraising, visit: www.beaconvision.org